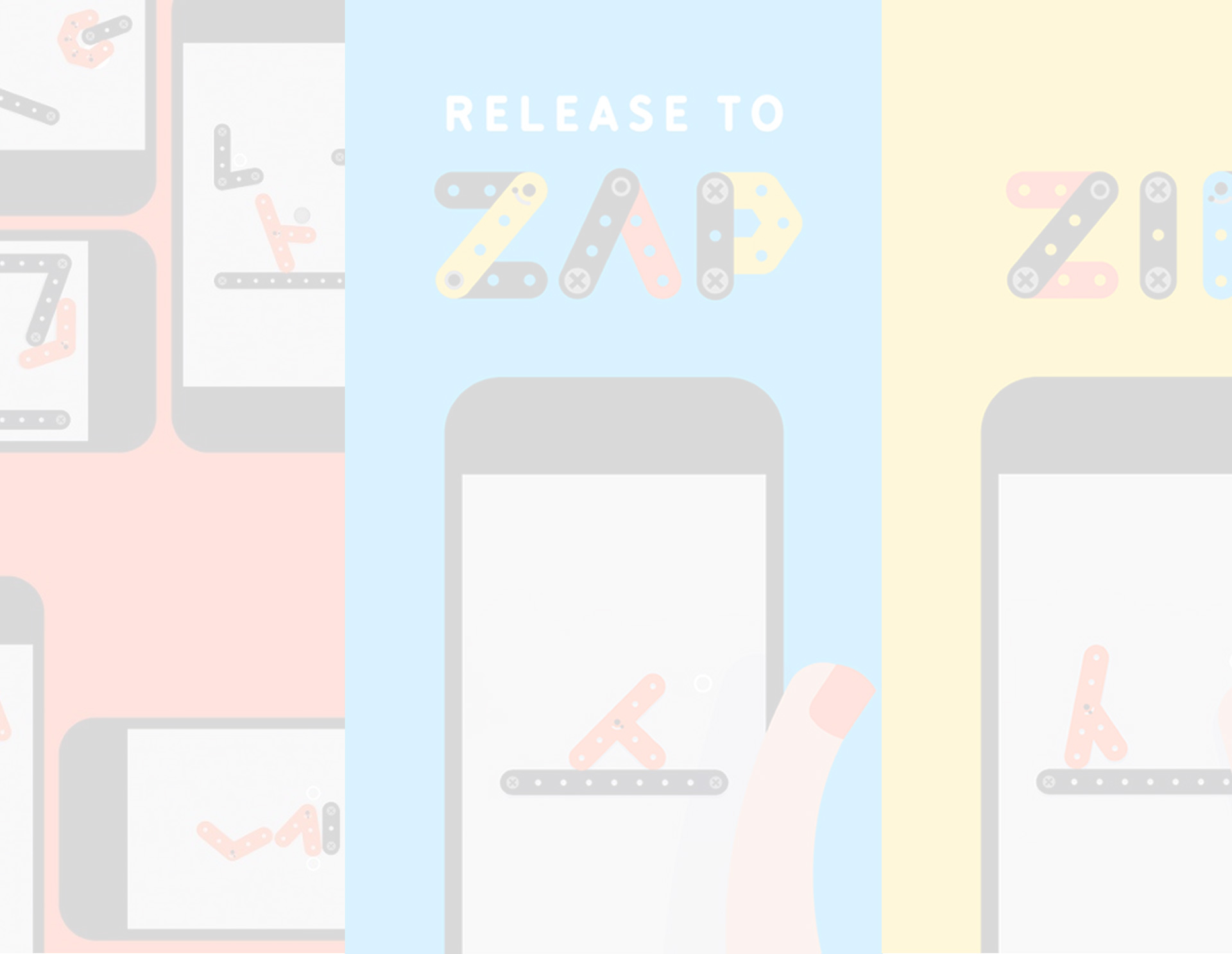 I try to make games without text. Zip Zap is the kind of game where you can’t really describe what the goal is, but you understand it after the first move. In an erector-kit-like game setting, you control one or more hinges of mechanical structures, and move something on the screen in a way that one or more white circles are being touched by something. It is a physics puzzle, basically, somehow even more physical than most of the other physics puzzles. Despite that super technical description of the content, there is some kind of empathy that arises.

Kamibox is a German one-man studio. My name is Philipp Stollenmayer and I am currently studying information design with a focus on interaction and user interface. Kami is Japanese for paper, because the studio started with free papercraft models, and the first two apps were how-to apps for paper toys. For a few years, I have designed and developed mostly casual mobile games, like Okay? or Pancake – the Game, but also more elaborate ones like Sometimes You Die.

Classical jump’n’runs don’t work very well on mobile because you need three buttons – left, right and jump – but only have the space and thumbs for two. So I began to strip everything away, and ended up with the bare movement of the muscles – these are controlled by only two states: contract or release. In the end, it became a puzzler instead of a jump’n’run, to fit the needs of a casual mobile game.

I studied communication design and was looking for something to create my own game, to be able to be independent from other persons. I had zero experience with coding, but Lua is super easy and I was able to learn that within a few weeks, and have my first game ready after 3 months.

I used to make sketches and mockups before writing everything in code. Then I find out that the idea doesn’t work as intended and change everything. Today, I barely make drawn sketches, I just sketch with Corona directly – it is faster and I can directly change and use the results. I guess my code looks awfully messy to a qualified programmer, but in the end it’s the result that counts. Almost always, I only have two Lua files, one for the game and one for the data. No scenes, no libraries.

I published about ten games and some other apps, but only some of my games are successful.

I never really worked with other development systems or languages, but I appreciate the simple syntax. Everything mostly just works, I don’t need to declare variable types, write extra-long lines with hundreds of parentheses, and the transition library is a life saver.

Some of my games took one week, others three months.

The focus of most people lies on a perfect code, which isn’t a bad thing, but the user experience shouldn’t fade into the background. The app is what the user sees, he doesn’t care of the code. You should test the app on different people and take their faults seriously.

I get asked a lot how to get started with game development, mostly by designers, and I always recommend Corona. I have trained a handful of people, and they were able to understand and learn the language within a few days. 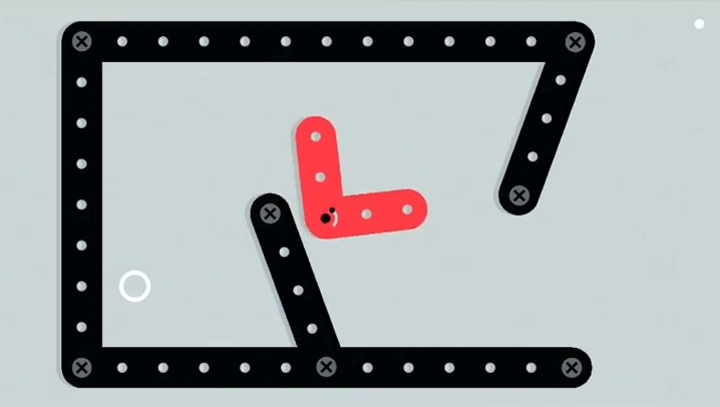 Your App Has Been Featured

I always hope to see my app being featured, and when it is, it’s a huge relief. Without a feature, I don’t see a great future for the app.

From the first sketch on, I plan the game to create the best possible user experience. I also think about name, app icon, App Store page, etc., and I think that is what Apple and Google look for. Games that offer a great, holistic adventure, with everything from A to Z being part of that experience.

“... I get asked a lot how to get started with
game development, mostly by designers,
and I always recommend Corona.
I have trained a handful of people,
and they were able to understand
and learn the language within a few days.”

How it All Began

• Tell us a bit about how you got started.

My first game was a university project. I wanted to distribute it because I had put so much effort in that, and I wanted to show it to the world (few cared though). I didn’t want to pay any extra money for translations, so I explained everything with icons and animations. Today I know that translations aren’t that expensive, but the core remains: making games that are able to explain themselves in a few seconds.

• Did you need outside funding?

At the beginning, I grew desperate with the whole uploading process. As someone who is from another domain, I didn’t understand anything with the whole ID, bundle, certificate, signing stuff, etc., and I still don’t get it completely.

I don’t really know where inspiration comes from. I just track the Top 150 to get a feeling for what people like and dislike. Then I try to mash everything that I like into one idea.

The idea is that each of my games conveys a special kind of atmosphere, for example Zip Zap is naïve and quirky, Okay? is relaxed, while Sometimes You Die is strange and intense. The atmosphere is one of the first things I determine and everything that follows conforms to that atmosphere. Another thing is that every game follows one simple rule that draws through the whole game, so the whole principle is understood after a few seconds. I try to make the first steps as soft as possible, then release the player early, so that he can start exploring very fast. 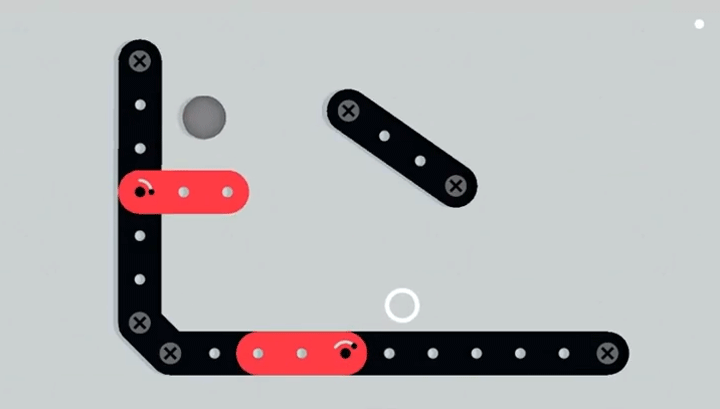 I have tried every possible solution for monetization, and the result is, it depends to 100% on the game that you are making.

The best thing you can achieve is a stable flow of revenue, but the height of that revenue always goes along with your ability to turn off your morals. You can put as many ads as you want in your game, but the rule that I agreed on with myself is that anything that lowers the quality of the experience is forbidden. Of course that results in a much lower revenue, but the karma of the game is great, and I can sleep better. 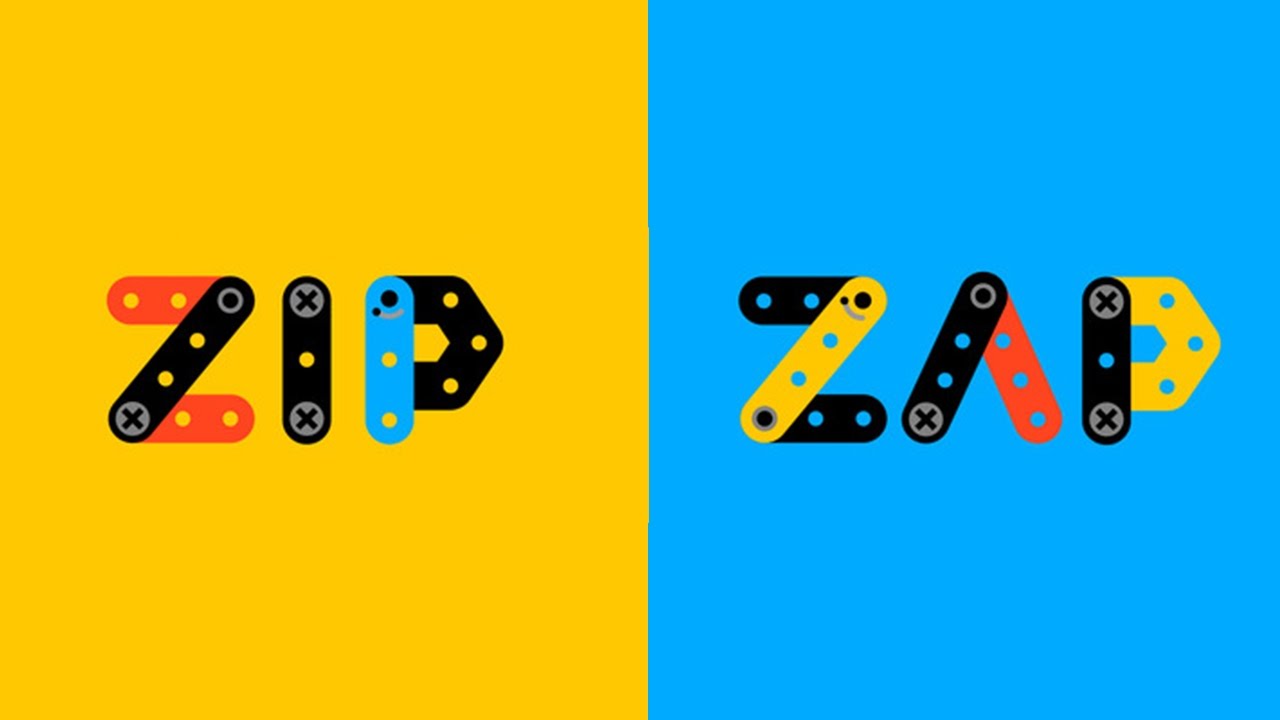