Corona SDK, along with Corona Enterprise and CoronaCards, are used by a wide variety of developers and usually with great success. This week we want to highlight one of those success stories: Abilene Christian University and Dr. Brian Burton, Ed.D.

What is the background of ACU (age, number of students, locations, etc.)?

Abilene Christian University (ACU) is a liberal arts university located in West Texas. Founded in 1906, ACU currently has more than 4,500 students and is a leader in Christian higher education.

In 2008, ACU was nationally recognized as the first university to offer iPhones or iPod touches to its incoming freshman. It has since been named the No. 2 Most Innovative Schools in U.S. News & World Report (2016), 2014 Apple Distinguished School, on Forbes list of America’s Top Colleges for 2014, 2009 Institutional Excellence Award ACUTA, and named a College of Distinction in 2015.

What is your background (technical and teaching)? 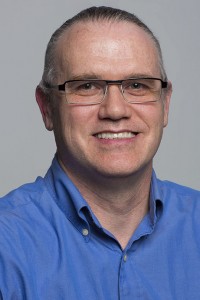 I am one of the original computer geeks. I got started programming in high school on a TRS-80. In college, I majored in Computer Information Systems and Secondary Education (double major) and minored in Computer Science.

In 2007, I joined the faculty at Abilene Christian University where I developed a major and minor Digital Entertainment Technology, which offers an interdisciplinary approach to game development.

In the spring of 2009, after the introduction of the iOS SDK, I began teaching mobile app development courses.

How did you first learn about Corona?

In 2008, ACU became the first University to adopt the use of the iPhone in a major mobile emphasis on campus. As a part of that emphasis we started teaching mobile application development. For the first couple of years that was strictly Objective-C.

In early 2010, I began looking for a better way to teach app development. I was frustrated that to develop an app for iOS and Android required a complete re-programming of the project and knew there had to be a better way.

While I found several options for developing cross-platform applications, Corona was clearly head and shoulders above the rest.

Why are you using Corona?

The final decision to use Corona was made easy by Corona’s capability to be flexible and build for so many different platforms. With Corona, our students could develop sophisticated apps and games in a fraction of the time. Competing SDKs permitted us to make only apps OR games, not both.

How is Corona being used in class?

In the Introduction to Information, Technology, and Computing, the course project is centered on using Corona to learn how to program and develop mobile applications and games.

Our Introduction to Mobile Application class is for non-majors who want to learn the basics of app development. The class introduces how to program using LUA and Corona SDK.

In Mobile Computing I & II, which are for Computer Science and Information Technology majors, Corona is used to provide students experience in developing cross-platform applications. These classes make use of the more advanced features such as GPS, accelerometer, and client/server systems.

In Digital Entertainment courses, students use Corona to prototype and develop mobile games. Corona has become our primary tool for developing 2D games and apps.

What have been the results of using Corona?

Corona has enabled me to spend more class time teaching how to make apps instead of teaching Objective-C or Java. Projects that were taking 6 weeks to complete are now completed in days. This extra time has allowed me as a professor to go deeper into app development, human-computer interface considerations, and network concerns. My students are now able to learn far more in one semester than when I was teaching pure iOS development.

Would you recommend Corona to other schools?

It depends on the school’s goal. Do they want their students to learn one development environment that will most likely change significantly with the next version or do they want to teach their students to make apps and games quickly and effectively without getting bogged down in the semantics of a single platform? Without question, Corona is the right choice for our university.

Tell us about your textbooks

I started migrating to Corona in 2010. I made the decision that the next academic year we would shift completely to Corona. So, I needed support materials. This was the early days of Corona and while the documentation was good, it wasn’t what was needed for a classroom. Thus I found myself writing lessons that could be used for my classes. This evolved into the first textbook Beginning Mobile App Development with Corona.

All of my textbooks are updated regularly at no additional cost. They are available at Burton’s Media Group.

Here is a sample of the apps produced by students using Corona SDK.

A fast paced collection of mini games that will challenge your wits as well as your reflexes. Players have 5 seconds to solve each puzzle, each uniquely utilizing touch, tilt, or motion controls. See how long you can last and if you can solve each puzzle in time! 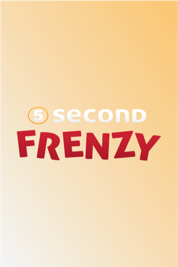 Become the next high scoring miner! Gem Mine is an intense, multilevel, gem catching, rock avoiding, ax throwing, power-up game that will have you playing for hours! The object of the game is to catch gems while avoiding the falling rocks of the mine. Try to reach a high score by throwing your ax and using power up shields to avoid the rocks. Other mysteries and hazards exist as well deeper in the mine, and you only have 3 lives, so beware of what you collect in the mine! 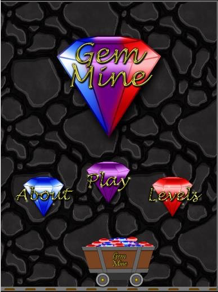 In this fast-paced platformer, play as a futuristic mailman jumping to make his delivery. Pick up other jet packs to help him boost to his destination. Be careful, though. There are several hazards including dysfunctional jet packs, spikes, and even an angry dog! Get rocketing!