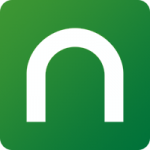 On March 4, 2016, Barnes & Noble announced, through various tech blogs and direct emails to both customers and developers, that it will be ending its 3rd-party app store service.

As of March 15, 2016, your apps on the Nook store will no longer be available for sale. Also, any in-app purchases will be turned off. As a developer, you don’t need to do anything. All accounts will be settled by the end of April and the developer portal will remain accessible until the end of May, in case you need access to reports and sales figures.

Note that Nook users can continue to use already-installed Nook apps after the termination date, although in-app purchases will no longer work. Barnes & Noble recommends that you continue to support Nook customers through Google Play, which is supported on all Nook devices produced after the Nook Tablet. For Nook Color and Nook Tablet users, however, this is the end of the line.

On the Corona Labs side, starting with Daily Build 2016.2835, we have removed support for Nook. If you need to make any app updates for the Nook store before it closes, you will need to use the most recent public build (2016.2830). If you need to update apps for the Nook Color or Nook tablet, the last build which supported those devices was 2016.2263. Given the inherent delay in the app approval process, you should submit updates as soon as possible.

Moving forward, we recommend that you simply build your apps for Google Play and upload them to that marketplace, so users with more recent Nook devices can still discover and download your apps.