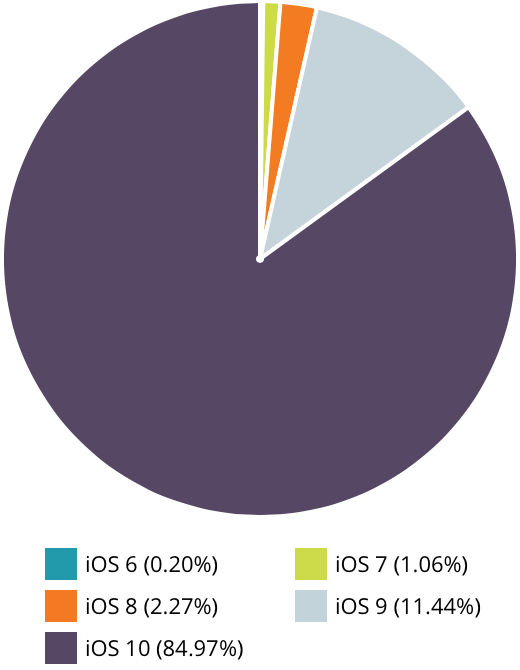 UPDATE: We have set a specific date to drop iOS 6 and iOS 7 in favor of iOS 8 becoming the new minimum supported iOS version for Corona-built apps. This will take effect beginning with the daily build on February 13th, 2017.

Corona currently supports iOS 6 through iOS 10 for Apple’s popular mobile devices. However, metrics show that end users with iOS 6 and iOS 7 are now below 1.5% of iOS users. Continuing to support these two extremely old operating systems restricts Corona Labs from advancing the core platform, so we plan to discontinue support for both in the coming weeks. This means that Corona-built apps will no longer run on older Apple devices like the iPhone 3GS, iPhone 4, or the 4th-generation iPod Touch.

In a few weeks, Corona Labs will start issuing daily builds that no longer include iOS 6 or iOS 7 support. From a developer standpoint, this entails no significant changes except for possibly removing the MinimumOSVersion key in your app’s build.settings (or update it to at least 8.0).

Key benefits of this change will apply to Corona Enterprise and plugin developers. Apple is migrating away from using static libraries to dynamic frameworks and these require at least iOS 8. Also, this also opens up the possibility of using Swift to make Corona plugins, and Swift can only produce frameworks so it’s important that we support them in all Corona-built apps.

Please join us in Corona Forums to discuss this change.