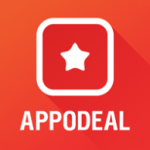 Today I’m excited to announce that Corona Labs has been acquired by Appodeal! For those of you who are not familiar with Appodeal, Appodeal is a next-generation ad mediation/monetization company that already serves millions of impressions per day in Corona games. Corona Labs will continue on as a world-class game engine company, operating as a subsidiary of Appodeal. Merging with Appodeal made sense for multiple reasons which I aim to explain below.

One of the laurels of Corona SDK is how easy it makes it to build games across platforms without compromising on power and flexibility. For those who need to extend beyond what Corona provides “out of the box” with its many APIs and plugins, the Enterprise version of Corona is perfect.

Appodeal is the functional counterpart to Corona — developers can simply sign up for Appodeal, integrate it with a few lines of code, and connect to multiple demand sources (including AdMob and Facebook Audience Network!). Even though Appodeal connects to dozens of ad networks, developers get the convenience of just one easy payment (with the exception of AdMob and Facebook Audience Network). For developers who want even more power and control over their ad network relationships, Appodeal puts you in the driver’s seat so you can tune as you see fit.

An important note is that the acquisition of Corona Labs by Appodeal does not mean that developers must use Appodeal to monetize their games — Corona Labs will continue to offer and support third-party ad networks into the future, although the integration with Appodeal may get deeper over time with the aim to make it even easier to add monetization to your games.

In addition to a natural fit around building easily and monetizing easily, there’s a shared appreciation around the role Corona plays in the indie developer ecosystem. While many ad networks tend to court developers that already have large audiences, Appodeal recognizes that it’s the smaller developers who make up the vast majority of the ecosystem and that nurturing the relationship with these developers will only promote the possibilities of growth and success.

Appodeal is a global company with offices in San Francisco, Barcelona, and Moscow to name a few. Corona has a large developer community in every nook of the world and Appodeal’s international presence and commitment to serving developers worldwide means higher eCPMs no matter where your users are — and where they can’t deliver, their connectivity to AdMob and Facebook Audience Network solves the problem well.

Allow me to also take some time to talk about Corona Labs’ last few years — 2016 in particular — and what the future holds. No doubt there was developer concern around the future of Corona Labs and our products based on the more-than-ordinary M&A activity surrounding the company. However, the reality is that these events had little effect on the nature and level of progress made by our superstar team. In fact, if 2016 could serve as a barometer of progress, I think Corona is just getting started and I personally am excited about what the future holds. Consider that in 2016 alone, support for Apple TV was announced (by the way, Appodeal monetizes Apple TV too!), over 15 new monetization plugins were released, the Corona Marketplace was launched, and we added lightning-quick iteration via Corona Live Builds.

So what happens next? In some ways — not much. We’re busy hacking away at the next major release which is right around the corner. We’re continuing to update plugins as their underlying SDKs evolve. And we’re also on-boarding more third-party assets and plugins into the Corona Marketplace as they are submitted. We want our developers to continue building fantastic games using Corona SDK, submitting valuable feedback to us, and staying in touch as your games hit the top of the charts, get featured by Apple or Google, or just because you think your game is awesome and we should know about it!