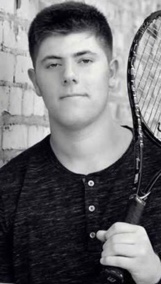 Many people depend on plugins in the Corona Marketplace to extend their apps beyond the Corona core. Plugins range from Corona-built monetization plugins to community-built plugins that let you access unique hardware features or various third-party services.

One plugin developer in the community stands out among the crowd and that’s Scott Harrison. He has created a wide range of plugins from one that lets you get more information from your device to the hot-off-the-press PassKit plugin that lets your app save ticket information to the iOS Wallet.

Scott is a senior at Bishop Kelley High School in Tulsa, Oklahoma. He started out making games using GameSalad but found its drag-and-drop-only system too limiting, so he found Corona and made the jump.

Like many aspiring developers, his first project was a bit too ambitious, so he decided to drop back to something more simple: an app for his high school.

While working on his game, he needed a tool for editing physics object bodies. He found the free Physics Body Editor but, unfortunately, it didn’t conveniently export physics data for Corona. His solution? Build a plugin! He shared his plugin initially in the Corona forums, and soon after, a developer wanted a Yelp plugin. From there, the floodgates opened.

Scott currently has 39 plugins in the Corona Marketplace — spanning every category — and many of them are currently free. He has several more either in development or in processing for the Marketplace. His future plans include a calendar plugin and a wallpaper plugin for Android.

Of his plugins, his favorite is the Replay Kit plugin which allows people to record their game sessions and stream them live to viewers.

Scott is using his love of plugin development to drive his studies, taking what he learns in school and applying it back to his plugins.

“Corona plugins help me learn the native APIs a lot better. For example, I was working on a native Android app for class and we had to save photos to the gallery. I already learned this through my External Storage plugin,” he said. “I was not really too familiar with Java before my Mobile App Development class. My first and second quarter, we focused only on Java and I learned the language. I then felt comfortable to start making Android plugins.”

In the autumn, Scott will be heading to the University of Florida where he will major in Computer Science. He is looking forward to a full-time career in building mobile apps.