BotHeads is somewhat an unrelated follow-up to Hanger World from A Small Game, an independent game studio in Stockholm, Sweden. Imagined by Richard Åström and Christian Östman, BotHeads was designed to be a simpler, easier-to-play game than its older sibling while still capitalizing on the experience of Hanger World.

BotHeads is an atmospheric arcade adventure game with a lot of style, but it can be best described as “an amazing dream where Sonic The Hedgehog™, transformed into a flying robot, is trapped in badlands filled with weird monsters and cats with laser eyes,” according to Östman.

In BotHeads, you must guide your robot through the world, picking up objects, avoiding traps and the laser-eyed cats. You can even bounce off “plungers” for super-speed movement. Your previous paths help show you the way though this hand-crafted physics-heavy world. So far, only around 600 players have completed the game to learn what really happens at the end of the story. 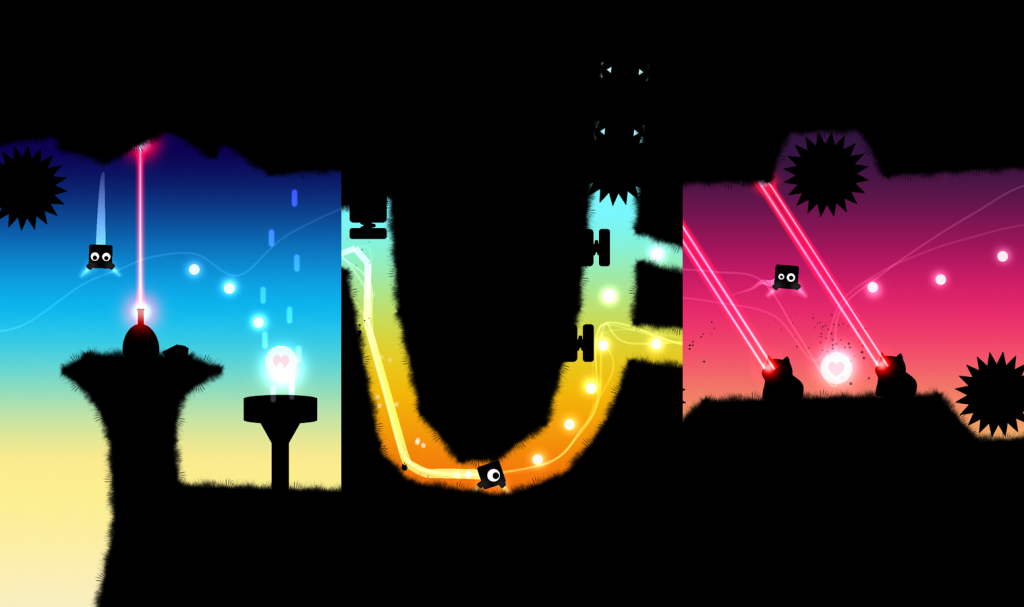 BotHeads has been featured worldwide by Apple. It’s available for free from the Apple App Store and Google Play with an in-app purchase to remove advertising.