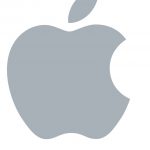 Today, Apple sent out notices to iOS developers that, starting with the release of iOS 11 next month, only 64-bit apps will be supported. Several people are curious as to what this means for apps made with Corona.

Corona has been fully 64-bit since build 2015.2543 which was released on January 21, 2015. If your Corona-made app was built and uploaded to Apple after that point, you will likely be fine — all builds with current versions of Corona are good to go.

Apps built with versions of Corona prior to January 21, 2015 will need to be updated if you want them to run on iOS 11. Apple will not offer them for sale or download on iOS 11 devices. If the app is already installed, users will be notified that the app needs updated if they try and run it.

To determine if your app will run on iOS 11, assuming it’s installed on an Apple device today, you can open the device’s Settings app, go to General → About → Applications. This will display all apps on your device that will not run on iOS 11. If you see your app in the list, you will need to take steps to update them. You can also check your apps in iTunes to see when they were last updated.

Apps from the pre-2015 era are going to run into a various array of problems with modern versions of Corona such as dependency on Graphics 1.0 functions or legacy libraries like Storyboard.

In many cases, your older apps may not be getting enough downloads to warrant updating, but if they are still being downloaded, this might be a good time to refresh them and get them up-to-date.

You will have to make your own decisions if it’s worth the time and effort to update older apps to maintain iOS 11 compatibility. If Apple follows previous patterns, the iOS 11 Gold Master will drop in mid-September, giving you roughly a month to make any updates.