An area where #MadeWithCorona apps shine are educational apps. Frequently, when talking about educational apps, we think of apps for school-aged children, but there are other types of educational apps as well. Today, we explore The Ukulele App by Jon Howard.

Since launching the app on December 16, 2016, The Ukulele App has had over 710,000 downloads. Jon developed the app to help ukulele players learn the instrument and practice their skills. He also contacted the largest ukulele tutorial channel on YouTube and branded the app to the channel. 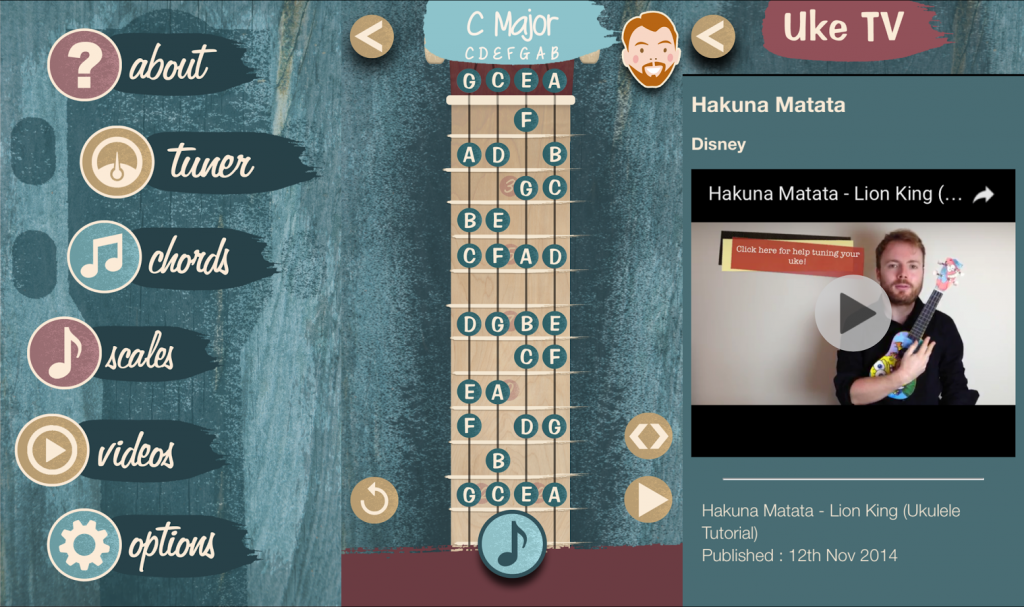 Using a combination of Corona widgets and animation features alongside web views for playing videos, Jon created a consistent look and feel across iOS, Android, and Kindle Fire versions. He also used math formulas to calculate all of the various chords and scales to make the collection complete.

The Ukulele App is available for free with in-app purchases on the Apple App Store, Google Play, and Amazon.