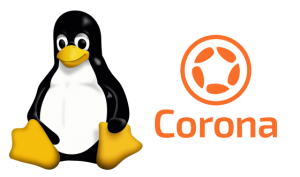 Corona Labs is pleased to announce early beta testing for Linux builds. With this feature you can use the Corona Simulator either on Windows or macOS to produce a Corona build that should run on Debian and generic x86-64 Linux platforms.

This feature is currently in a limited beta test. You will need to enable building before the option appears in the simulator. Information on enabling the Corona Simulator to make Linux builds can be found in pinned posts either on:

We request that any observations, comments and issues be reported at those two locations.

Note: This is using Windows and macOS to make apps that run on Linux. This feature is not running the Corona Simulator on Linux to make Android builds.