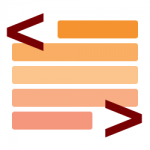 Corona API’s are some of the best thought out in the industry. We’ve worked hard to make them consistent and easy to use. Lua follows a similar thought process, attempting to be consistent with minimal syntax rules. But there are times that some concepts may not be obvious to newer developers coming to a new language and API ecosystem.

Recently a problem discussed in the forums falls into one of these “Gotcha” categories.

Calling functions vs. providing an address to a function

Let’s look at a basic Corona API, the timer.performWithDelay() API. This function requires two parameters and an optional third parameter. Let’s look at its definition:

The first parameter, delay is the time in milliseconds before the function passed as the listener fires. Finally, you can set a number of times for this to run. At its basic nature, you want to wait some period of time before listener runs.

Lets create a simple listener function for this example:

It simply prints that the timer to the console log with a value. Your code could now look like:

In Lua, and many other languages, there are two needs:

In the case of Corona APIs that expect a function passed to it, or an onComplete option on functions like audio.play() or transition.to(), Corona is expecting an “address to a function“. When you call a function, it executes immediately and returns a value or nil if your function doesn’t return a value.

So in our example above, since we included myListener( value ), the function returns immediately and returns any return value. So we get the message from myListener() and the resulting timer call is compiled as:

Since myListener() doesn’t return a value, a nil is returned. Then 5 seconds later, timer.performWithDelay() tries to run nothing. To make this work, you have to pass the address to the function. You do this by leaving off the parenthesis and not passing any parameters:

Now after 5 seconds, myListener() will be called, the message will print as expected.

You’re probably noticing that the value never gets passed in this way. This is how Corona works. You can’t pass values without using the (), which runs the function immediately. There is an easy way to address this using anonymous functions, but that will be a topic for another day.