On May 4-5, 2013, Glitch Games is organizing a 48-hour Corona SDK hackathon called Glitch Indie Game (GIG) Jam. Open to Corona SDK developers and those interested in working with the platform, GIG Jam is offering over $3300 worth of prizes spread across five winners.

Learn all about the jam in today’s piece from Graham Ranson of Glitch Games. Sign up for your chance to win a Corona SDK Pro license, Texture Packer Pro, Physics Editor, SpriteHelper and much more! 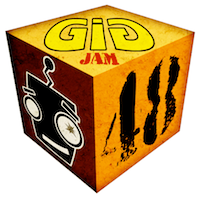 What is GIG Jam?

Glitch Indie Game (GIG) Jam is a 48 hour game development jam exclusively for Corona SDK developers and those developers that are interested in using Corona, but haven’t yet made the plunge.

We’ve been developing as a company for just over a year and in that time we’ve released a handful of apps, all built with Corona SDK. We’ve also released a fair amount of code for other developers to use in their own projects (including GIG Jam) on our GitHub page.

If you’re interested in reading about our story, please check out the “1 year later” post on our site.

What inspired you to organize GIG Jam?

We really wanted to give back to the community that has given us so much help and feedback over the past year. We felt that a 48 hour jam to bring everyone together and foster some community spirit and rivalry would enable us to do that, even if only in a small way.

The jam will also show the game developer community at large, the kind of work that can be done with Corona SDK in a vert short space of time. Hopefully, this will bring more developers into our little family.

And also, supplies at the Glitch Bar were running low.

When is GIG Jam?

The hackathon will kick off on May 3 at 12:01am (GMT) and conclude on May 4 at 11:59pm (GMT). The fact that May 4 happens to be Star Wars Day is a completely accidental, yet awesome, coincidence.

Anyone can enter! The only restriction is that you must use Corona SDK to develop your game. You can be a solo developer or part of a team or company – you’re free to decide.

You can also use whatever resources and assets you have already created, or sourced from elsewhere. We just ask that you declare these upon submission so that the prior work can be taken into account.

There are many reasons for you to take part. We believe that the primary one is for the challenge of seeing what you can accomplish in such a short amount of time. Some may enter for the fun of it, while others will gain some fans of their studio and/or games in the process. Perhaps you’ll participate to earn bragging rights or for the inevitable ticker tape parade that will be thrown in your honor when you win. Whatever your reason, we encourage you to sign up and have fun. Did we mention that we’re offering tons of prizes?

There are currently over $3300 worth of software prizes spread across five winning places, this includes licences for Corona SDK Pro, Outlaw IDE, Kwik 2, Spine, Texture Packer Pro, Physics Editor, SpriteHelper, LevelHelper, CodeHelper and Acorn, among others. There are also some promotional slots on ThumbArcade up for grabs and loads more. The full list can be seen on the GIG Jam page and more are still getting added, so please check back.

Where can I read more information?

You can learn more about the jam here, including the important rules, and please don’t forget to sign up , it only costs $10.