Guest Piece: A Re-Introduction to Inneractive as a Premium Mobile SSP

Guest Piece: A Re-Introduction to Inneractive as a Premium Mobile SSP

Offer Yehudai is President and Co-Founder of Inneractive. Offer drives the product vision of Inneractive’s supply side platform and is responsible for the company’s relationships with developers and publishers. Offer has a deep background in mobile, internet and media and manages business development, product development and global scale projects.

Inneractive is one of Corona Labs’ first Corona Plugin partners, which are available to all Corona SDK developers. For more information, please see Inneractive’s plugin documentation. 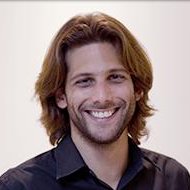 Here’s our goal: we want to take the fragmented world of mobile app monetization and unify it under one simple and effective umbrella – a mobile supply side platform (SSP). There’s no longer a need to integrate multiple ad networks and track/analyze the results from each. With one SSP, all the major ad networks are unified under one dashboard. Of course, within your dashboard, you have full transparency to see which demand partner is performing best, and have the option to adjust accordingly.

What that means for mobile developers is that no in-app inventory goes to waste – it’s all populated with both the highest quality and highest paying verticals. With the Inneractive SSP, you set your floor price so you never “sell” for too little, (but make sure not to set it too high!).

The Inneractive Mobile SSP offers developers what’s known as a “daisy chain” in the online advertising world. This means that developers can benefit from the ability to directly sale their inventory both by individual impression or in bulk to the highest bidder using a ‘Real Time Bidding’ mechanism.

In addition to all this, with the Inneractive SSP, if you see traffic coming from a specific location, let’s say China for example, the SSP will automatically find the best network in China to reach that audience. It will take no effort on your part.

Inneractive also offers large developer communities, such as that of Corona Labs’, a branded and standalone private ad exchange.

Lastly, Inneractive offers a truly global and cross-platform solution with many verticals of monetization including display, rich media, hyper local targeting, video campaigns, and more. Gone are the days in which the app is targeted; with Inneractive’s technology, the ad targets the user, which means more relevant ads and ultimately better engagement.

We have a lot of exciting things in the pipeline and are excited to bring them to the fantastic Corona community.