App of the Week: Hungry Oni

App of the Week: Hungry Oni 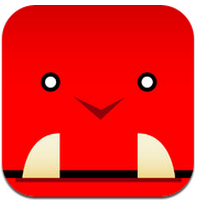 Hungry Oni is the work of Futuretro Studios, a two man operation based in Kyoto, Japan. Futuretro Studios consists of British ex-Lionhead Studios game designer Andrzej Zamoyski (Fable 1/2/3, Black & White 2, The Movies) and Indonesian artist/illustrator Ferdi Trihadi. The duo worked together to create this App of the Week winner – complete with bold graphics, spunky audio and amusing gameplay. Hungry Oni was even graced with a ‘New and Noteworthy’ feature in the App Store and continues to charm fans worldwide. 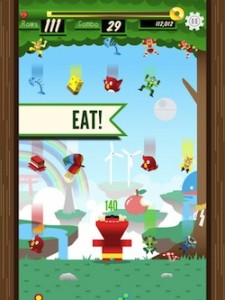 Oni is a famished little creature who needs your help to find a tasty meal. The gameplay is simple: your goal is to feed Oni by moving him directly under nuggets of food that drop from the sky. However, there’s a catch. The food Oni ingests has to match the color of the tree that hovers at the top of the screen. Occasionally, you’ll get to chow down on a tasty multi-colored leaf, which gives you extra points in the game and if two matching snacks fall side by side, you can stand in-between them for double points. Be wary of feeding Oni incorrectly colored food, as this will poison him and cost him a heart.

For a charming, casual game check out Hungry Oni for free on iTunes (for iPhone/iPod or iPad) and Google Play.