Carlos Olivera is the CEO and Founder of Island of the Moon. Carlos has been involved in the mobile industry since 2001, as a software developer and entrepreneur. Previously a team lead and game producer at Gameloft, Carlos has been working with Corona SDK for over 2 years. Carlos lives in Bolivia where he is involved with local universities, developer groups, and other initiatives that allow him to mentor people in game development.

In June 2013, Carlos and his team at Island of the Moon, coordinated a hackathon for local university students in Bolivia. Carlos writes on his experience teaching mobile development to first-time Corona users. 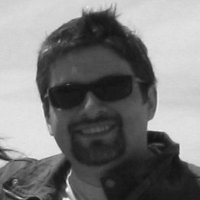 The video-game industry is growing around the world. Even in Bolivia, the software industry in growing rapidly, but gaming hasn’t quite caught up – our vision is to change that. Our studio, Island of the Moon, organized a jam to introduce students to game development with the help of our sponsors, UCATEC University and Corona Labs, who generously donated licenses to the top three winning teams.

Island of the Moon is an independent game studio based in Bolivia that makes mobile games and apps. We’re made up of 5 developers, 2 artists, 1 game producer, 2 sales managers, 1 sound engineer and 1 tester. Since joining the industry a year ago, we’ve fallen in love with game development. From the beginning, we began working with Corona SDK and we’re now nearly done with our first game, Hooligan Alone, coming soon to Android and iOS. Our studio also outsources custom projects for clients in the US.

On Saturday morning, June 15, we gathered over 40 creative university students with a common challenge – to create a mobile game in one short weekend.

Our goal for the hackathon was to encourage university students to spend a weekend making games – from concept to creation – and experiencing the feeling of creating something special with a lot of hard work and a bit of pressure. The participants came from varying backgrounds; some were information system engineers, while others were graphic designers.

None of the participants had experience with Corona SDK or the Lua language prior to the event. Throughout the weekend, Island of the Moon team members taught the students how to use Corona SDK through workshops on game design, production, graphic art, animation and more. The theme of the hackathon was “Our Country, Our Games,” with a goal of creating mobile games with a local touch.

At the end of the event, we witnessed six teams present entirely unique games. It was a tough call, but we chose MONOLIX as the winner, a team that created a game called Atatau!. MONOLIX exceeded our expectations and wowed us with their game.

Here’s a picture of the proud winners: 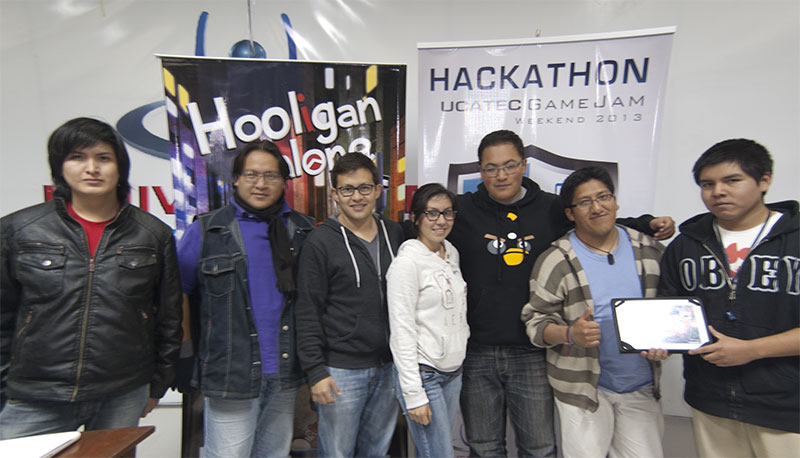 In the next few months, MONOLIX will improve their game and add features and mechanics to create a more polished product before submitting to the App Store and Google Play. Island of the Moon will be meeting with the team regularly to provide coaching, to make suggestions and give advice along the way.

You can check out photos from the event on our Facebook album.

It was so exciting to watch all the participants go through the development process and create a game in a short time span. We hope this event was the first of many in our country and we’re looking forward to the next gathering.