Kevin Hincker is a writer, designer and programmer, and is the co-founder of NuOffer, a negotiation platform for the real estate industry. He lives and works in Los Angeles with his wife, his son and a hound.

NuOffer was a recent Corona App of the Week winner and is a fantastic example of a business app made with Corona SDK. 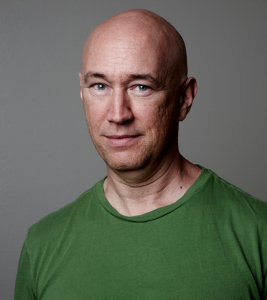 A year ago, in early 2012, Imraan Ali, my co-founder in NuOffer, was trying to buy a house for a client. The house was reasonably priced, his client was a pleasure to work with, and he knew the agent on the other side of the deal as a friend. But he could hardly bring himself to start the offer drafting process. Because he had come to think of that part of his job as a nightmare.

Using the technologies available a year ago, a real estate agent needed a minimum of 60 minutes to draft offer documents for a property. He would need to use 5 separate applications to do it. He would have to drive back to his office — because none of the tools at the time were mobile — complete the forms, print them out to be signed, scan them back in and finally email everything. The process was ridiculously complicated, full of convoluted ideas about data and communication, and incredibly time consuming.

I had recently begun my exploration of mobile application development. My background had been as a designer and web developer, and though I had been searching for some time I had not found a platform I wanted to use to develop for phones and tablets. The tools I was seeing were ridiculously complicated, full of convoluted ideas about data and communication, and incredibly time consuming.

Imraan and I had the same problem, though we didn’t yet know it. And the solution for both of us turned out to be something most commonly thought of as a way to make games.

Imraan found me through a mutual friend. He wanted to know if there was a way to fix the digital tools real estate agents were forced to use. At our first meeting, as he described the outdated and inefficient way the real estate industry did business, I found myself nodding in complete sympathy. He told me he was even considering quitting real estate if he couldn’t fix the problems. He just wanted it to be fun again.

Fortunately for both of us, I had at just about that time stumbled upon a little gem of a mobile development platform called Corona SDK, a simple, powerful, modern tool that made building for mobile fun. Most people thought of it as a gaming platform. But after thorough analysis, I saw no reason that it couldn’t be used to build literally any kind of app, including a business app.

By the end of our first meeting Imraan and I had created what we thought of as a bit of a pipe dream–a spec for a entirely new real estate technology: an offer negotiation platform which completely digitized the drafting of a contract and eliminated the paperwork, where buyers and sellers could sign offers instantly, and which was 100% mobile so that an agent could draft a contract from anywhere in the world. And as a topper, since we were in pie-in-the-sky mode, we decided that drafting that contract should take only ten minutes.

Ridiculous, honestly. The two of use were sitting in a coffee shop talking about completely rebuilding the way real estate was done. And it’s not as though we were copying or iterating some existing software or vertical. What we were describing was something that simply did not exist, that had no templates to reference, no previous models that had “almost gotten it right” which we could build upon. It was, I will admit, monumentally ambitious. But I had a secret weapon: Corona SDK.

The Corona development cycle is so fast, the tool set so accessible and complete, that from one day to the next I often completely rewrote whole subsections. Corona made possible a style of development I had never before experienced, a sort of ad hoc circling inwards toward solutions, because the time and opportunity costs were so small relative to the payoffs. And really, thinking back, there was no other way I could have developed the app that NuOffer has become today.

After about 6 months the app was finished, though beta testing would continue to reveal pieces we could make better and ways we could reduce user friction. At that point we lured Bryan Ingram away from the work he was doing with Google to lead Marketing and Product Development for the company, and the team was complete. We went out and raised a $500,000 seed round, and just last week we went live in Texas. The plan now is to scale the technology there and then quickly move it out across the rest of the country.

Oh, and that pie in the sky “10 minute offer?” At the moment, we have that down to about 3 minutes. And there’s a daily build coming which could help me shave off another 20 seconds…

Our transformation of real estate is just getting started.