Renato Cordeiro is the co-founder of Red Beach Games, a startup focused in mobile game development based in Rio de Janeiro, Brazil. Renato and his team recently planned a weekend-long hackathon for nearly two dozen participants in his hometown.

From August 17-18, 2013, more than twenty people grouped into six teams and participated in the Rio Mobile Hackathon, an event focused on mobile app and game development with Corona SDK. The event took place at the 21212 Accelerator HQ in Rio de Janeiro, Brazil.

With teams coming from a variety of cities, the hackathon brought together people with a common interest in mobile technology and entrepreneurship. Participants varied from Computer Science students to game studio employees.

The idea for the event came after my partner at Red Beach Games and I lived in the US and attended events such as Startup Weekend. Though this sort of event is nonexistent in Brazil, hackathons and jams accelerated our early development and we decided to do our part for our local community and organize a hackathon to encourage technological entrepreneurship in Rio de Janeiro.

The event was made possible by various organizations that supported our idea, starting with Corona Labs. In addition to Corona Labs’ support via prizes, other companies that provided gifts and discounts were central to the event including:

Additional supporters included Sebrae-R and Rio-Negócios, both local organizations that promote entrepreneurship and investment in Rio.

We decided to present some basic programming using Lua and Corona SDK, since most of the participants had never programmed in the language or used the platform. After the introduction, participants created their teams and started building their apps.

The day started early, with participants arriving promptly at 9am and going straight to programming. Red Beach Games helped the teams by providing some technical support.

At 7pm, teams started their presentations and then all participants voted on the best app and best game developed during the hackathon.

The Result – A Success!

The lack of prior knowledge with the Lua language and Corona SDK platform did not prevent participants from creating robust games and apps, using resources such as physics, sprites and SQlite3. Some participants had already developed games using other cross-platform tools and they were pleasantly surprised to discover how direct and simple it was to start developing using Corona SDK. To us, that reinforces how Corona SDK is really a high performance platform.

Softwares from other companies such as Code’n’Web’s PhysicsEditor and M.Y. Developers’ Lua Glider IDE also contributed to the high quality of work. The first tool helped a lot of teams create complex bodies very quickly and the second provided the teams with a strong debugging and programming environment.

The hackathon reached its goal of sharing knowledge and bringing people together with a common interest. After the hackathon, many participants even began using Corona SDK to develop mobile apps that are now live in the app stores. We are pleased to have stimulated the entrepreneurial culture in our city while helping these developers achieve their dreams of building mobile apps.

The Winners – Gosma and Toalha Econômica

The winner of the best game was Gosma (called “Goop” in English) – an endless runner game in which the main character dodges objects taking into account that each deviation changes the direction of gravity inside the game.

The winner of the best app was Toalha Econômica (“Economic Towel” in English), an app that allows people to store revenues and expenses in order to manage their financial information. The app also allows users to see a monthly balance in a 2D graphic.

The winners’ presentations can be seen at riomobilehackathon.com/winners. Also, check out the event photos on our Facebook page. 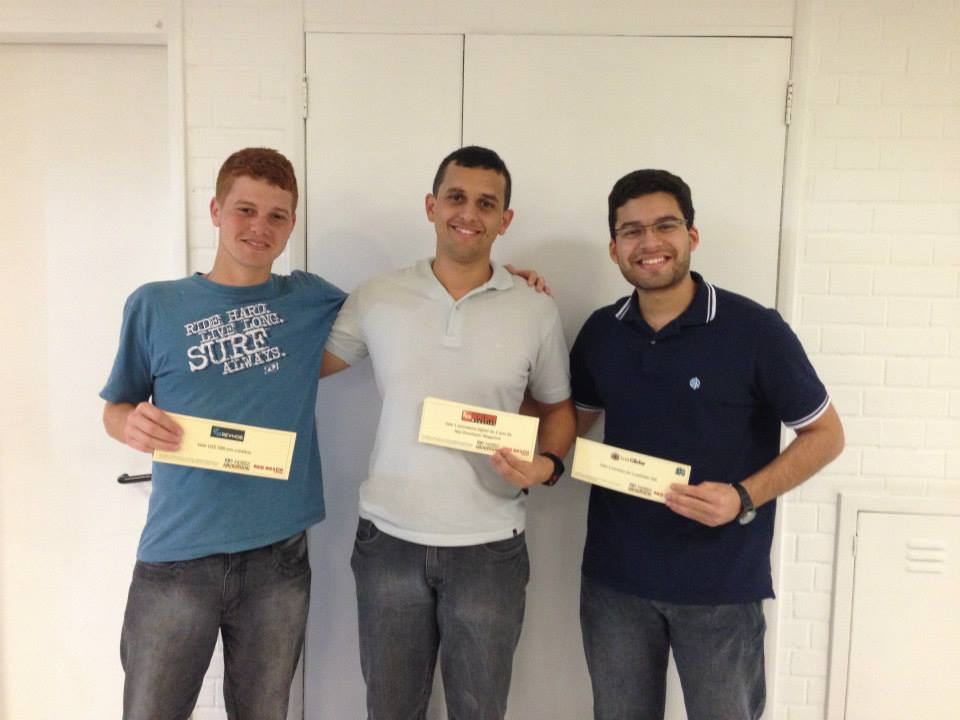