Guest piece: In game development, it’s all about details

Guest piece: In game development, it’s all about details

Olaf Morelewsk is an architect by trade who spent years as an art director in the advertising industry. Olaf loved the creativity of the game industry and, seven months ago, founded a one-man game studio in Warsaw, Poland.

Olaf is responsible for all of the coding, graphics, sound, and music for his games. Olaf’s latest release, OmNomster, was recognized as a Corona App of the Week in September 2013. In today’s guest piece, Olaf writes about his approach to the visual effects in OmNomster. 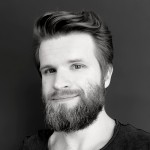 For those of you who have played OmNomster, it’s likely that you haven’t noticed some of the small, subtle details that I’ve added to the game. That’s fine, since these effects shouldn’t be exaggerated to overwhelm the game. You actually shouldn’t notice them consciously, but they should give you an overall impression that the scene is real and alive. It’s similar to a bass in a jazz band — most people don’t pay attention to it, but everyone notices that something is missing when it is silent during parts of a song. Details in game design work the same way: while you may not notice them right away, you’ll miss them when they’re lacking.

First, let’s talk about depth. Depth perception is based mainly on a couple of aspects including obscuring objects, our vision of light, shadows and focus. When I built OmNomster, Corona’s Graphics 2.0 engine was not yet live, so I had to figure out other solutions for features such as blur, shadows, anda 2.5D effects.

For the lighting and shadows, I picked a light destination point (let’s call it an LD point) that I decided to be the end of my light axis. The lower-right area of the screen seemed logical to me, but it could be any point you desire. Next – and this is the tricky part – I made the source of light “dynamic.” So, it’s not a static source of light like the sun or a lamp, but more like several individual torches that actually follow the movement of each object. When the particular object is further from the LD point, the cast shadow is accordingly further from the object than when the object is closer to the point. This makes the shadows look more natural, although they don’t actually behave perfectly natural. I experimented with the static light source as well, but for my game, the dynamic light source approach worked much better and seemed more lively.

Here’s a simple formula I came up with, placed in an “enterFrame” Runtime listener:

Here are some object position examples:

Obviously, the formula can be modified with a multiplier variable to increase or decrease the distance between the object and the shadow. This is just one way to achieve the 2.5D shadow effect. While it doesn’t mimic the “natural” static source of light, it does provide more depth.

When I design game elements, I try to fill them with “life.” This means that the elements should behave as if they could exist in reality. In OmNomster, the monster I created is not only breathing (his body is constantly pulsing via scaling effects) but he also reacts to force when you push him. When he’s tired, he breathes faster and the scale pulsing method runs faster as well.

Another small detail I implemented is a cartoon stretch and squeeze effect. When OmNomster hits the wall, he squeezes (scales in one axis only) just a little before he bounces back and inflates to his regular round shape. He also scales up a little when he catches a piece of trash. Since the trash items fly above him and they cast shadows on him, he has to approach the screen surface to reach them. This results in a little scale-up effect that mimics a closer distance. In addition, there are particles that spice up all the scene, for example, “saliva splashes” when the monster eats a piece of trash.

Elsewhere in the scene, there are some “rock” particle shapes that fall off the walls when OmNomster hits them. Additionally, on higher caliber devices, a subtle smoke emerges after every hit. I also filled the background of the game with lots of tiny dust particles to give an impression of space in OmNomster’s room. Finally, there’s a constantly “vignette” effect on the screen corners — a very subtle movement which adds more life to the scene.

All this being said, the gameplay remains the most important part of the game, so good visuals without addictive gameplay won’t cut it in the competitive game market. Assuming you have great gameplay already, I encourage you to spend some time on implementing stellar visual details as well — they may not seem as crucial at a glance, but the overall effect will matter to the player and speak volumes toward the overall quality of the game.