Rob Heasley is the Founding Partner and Creative Director of Naked Penguin Boy. Rob started his career as an illustrator and animator in the early 90s and studied graphic design before moving into the advertising industry. 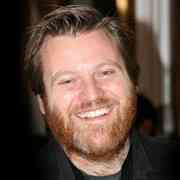 Traditionally, we at Naked Penguin Boy focused on desktop with an occasional foray into mobile.

Flash was always a great tool for us as our clients often want something simple and fun, and most importantly, they want us to quickly deliver. One developer and one artist could make a game in just a few days and we wrote reusable classes that became a kit of parts and a framework.

This all changed a few years ago when mobile began its enormous growth. As the creative director of Naked Penguin Boy, I knew our focus had to quickly change. We tried the mobile iterations of Flash and looked at Xcode and Java, but nothing was a good match for our skill set and the speedy workflow we needed to complete projects.

After researching many of the mobile solutions out there, we gave Corona SDK a try. From our developers’ point of view, the first big plus was the simple install. We had ‘Hello World’ up in the simulator and on an Android device in no time. We were experienced with ActionScript 3 and Lua proved easy to pick up. It wasn’t long before we had a basic game working.

Getting to grips with spritesheets was easy as well because we were old hands at blitting bitmaps in Flash. The lack of classes and true object orientated code left us a little unsure at first, but this was compensated by the flexibility of Lua’s tables and it wasn’t long before we were creating reusable menus, sprite controllers and particle engines.

We started developing a few in-house demos to test the water; one of them was an endless-runner style game as we wanted to see how well Corona SDK dealt with tiling big images and multiple layers of parallax animation. Let me tell you – it was awesome!

We were nearly finished building it when one of our clients called us needing an urgent mobile game built on a ridiculously tight deadline. Fortunately our endless-runner demo was a close fit with our client’s brief and we re-used the engine for the new project. The project was for the ITV show Ant & Dec’s Saturday Night Takeaway. Within a few weeks of launch, the app reached the Top 10 Free Games and ranked #1 in Entertainment on iOS.

We’re sad to say that the game is no longer available on the App Store, however you can see a video and images, read the case study and check out the game trailer below.

The biggest challenge of working with Corona SDK was that our designers and artists were used to working directly in Flash and seeing the game assets manipulated. Also, learning how to lay out things to work on different resolutions and screen sizes while maintaining consistent gameplay proved a bit tricky, but we eventually came up with a system of config files and ‘safe areas’ that we could use depending on the type of gameplay we wanted.

Many of these lessons were implemented in our next in-house game we created called Mutton For Punishment, a missile command style game where a mischievous wolf is after your sheep. We added in loads of stages, power-ups, in-game currency and upgrades and tied it into Game Center.

We found that Corona SDK is great for putting together a game on a tight timeline – that took just slightly little longer than developing in Flash. However, the convenience of cross publishing and the easy to use simulator more than made up for this and ultimately our creations ran smoothly and looked great, especially in HD.

Our latest Corona-built game, Mutton For Punishment is free on the App Store. Download the game and please let me know your thoughts. 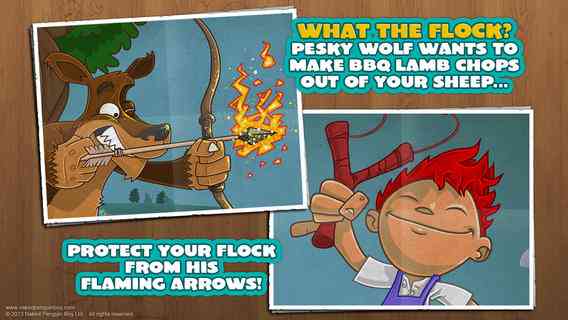 Flash will always have a special place in my heart, especially since I started working with it when it was still called FutureSplash. However with the industry and budgets moving from web to mobile and the way mobile games continue to grow at an alarming rate, Corona SDK is our tool of choice.

Keep a look out for a couple more Naked Penguin Boy games to hit the App Store before Christmas.