Coinciding with the recent beta release of Facebook-v4 on Android, we’ve launched the iOS version of the Facebook v4 plugin! The iOS version does come with a couple caveats to be aware of:

In addition to iOS, we’ve done another Facebook SDK update to get you the latest fixes from them. The iOS version of Facebook-v4 targets Facebook SDK 4.5.1. and the Android version has been upgraded to 4.5.0.

We’re always striving to make our APIs more useful with less hassle. We feel that these new features show evidence of that aspiration and hope they will make your lives easier when it comes to Facebook integration.

In the old plugin, you could only present the Feed dialog for letting users post on Facebook. Tagging a location and friends required bringing up two more dialogs before the Feed dialog. 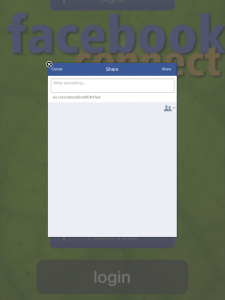 Now with Facebook-v4, tagging friends and a location couldn’t be easier. 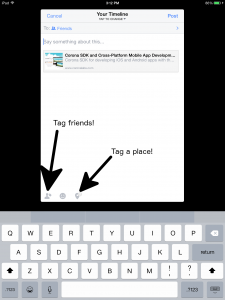 See the Facebook v4 plugin home page to get started!