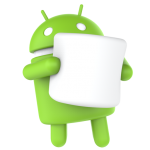 Corona Labs is pleased to announce initial support for Android 6 “Marshmallow” in daily build 2016.2828 and later. This brings some significant changes and improvements to Android developers.

Android 6 introduces some pretty fantastic changes. One of the most significant involves “on-demand permissions” which behave more like iOS in that, instead of requesting several permissions from the start, you can defer the request for a permission until you need it.

On the Corona side, some additions and changes for Android 6 include:

With any new release, there are some known issues you should be aware of:

We would like to get your feedback on Android 6 and the new APIs. Let us know of any issues you encounter by filing a bug report. Please remember that a bug report should contain the minimal amount of code (main.lua) to show the problem, along with config.lua and build.settings. If your project requires any artwork or sound, make sure they are also included in the submitted project.