It’s well known that learning can be fun when a game is involved. Yogome, a studio in Mexico City with an office in San Francisco, has jumped into this genre and is creating some fantastic learning adventures for kids of all ages. Their games are targeted towards elementary and middle-school students, but kids under 5 and over 12 can also find value playing their apps.

Yogome currently has 30 titles in The App Store and 11 in Google Play. Founded in 2010, Yogome was the brainchild of Manolo Díaz and Alberto Colin. They have since grown the studio to employ a staff of 40, including on-site language specialists for multiple language support and education experts to make sure the “education” goes with the fun.

Díaz heard about Corona in 2011 and, with its ease of use and ability to deploy to multiple platforms, it became their core technology for developing their content and powering their apps and games. Leveraging their staff and their own library of core code, Yogome can produce a game in around three months, even for a larger scope project.

Their latest title, Epic Heroes of Knowledge, challenges students with a mix of over 100 educational mini-games featuring unique characters and a fun, rewarding game mechanic. Players gain “PowerCubes” through play to strengthen their Yogotar and defeat the villains of Queen Ignorantia. 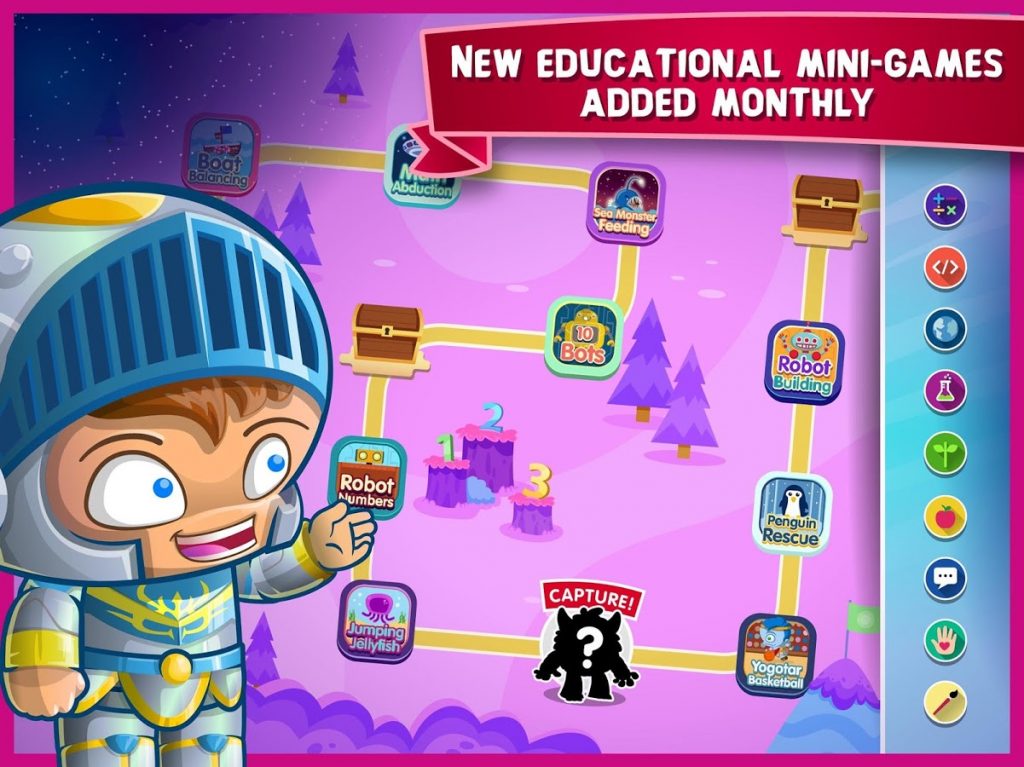 The game has eight “worlds” covering eight key subjects like math, science, and programming. These worlds can be explored and students can capture characters like the WiFi Warrior, the Continental Divider, and more. In addition, parents can join in and use the Yogome Parent Dashboard where they can keep track of the child’s progress and even send them challenges. Epic Heroes includes content developed with the help of the play2PREVENT lab at Yale University, including the math content.

The game is very deep in content — as you progress, you can pick up treasure, capture enemies, get new allies, and feed and care for them. It has its own economic system which teaches kids how to allocate resources. The game even supports multiplayer mode.

Yogome games are generally free with in-app purchases to unlock content. Epic Heroes is subscription-based in that you get more content each month for a monthly or annual fee. Check it out in the App Store and on Google Play!