Recently we have showcased some incredible mobile games from the Corona developer community. This week, we turn our focus to a genre that isn’t covered as frequently: interactive books.

12 Huia Birds is an interactive story about the extinction of the huia bird in New Zealand. Written by Julian Stokoe and illustrated by Stacy Eyles, this amazing duo brings the ill-fated avian back to life as part of a richly interactive story.

Built using Corona, the book makes heavy use of Spine from Esoteric Software to create lively animations in the story. “The birds are all Spine files which loop animation cycles randomly. These were created before mesh was available so we are having fun with mesh for our next book app,” Stokoe said.

The story unfolds as you touch various actors and engage in other eye-catching animations. One such animation includes a 360-degree view where you swipe your way around the bird to see it from various angles. Various worksheets and activities can also be downloaded from the app’s companion website to use in educational settings.

Unfortunately, the huia was lost before the invention of audio capture devices. So, their songs have been recreated based on musical notations written down by ornithologists at a time when the bird was still alive, as well as whistles recorded in the 1950s by a man who recalled the sound from his childhood. 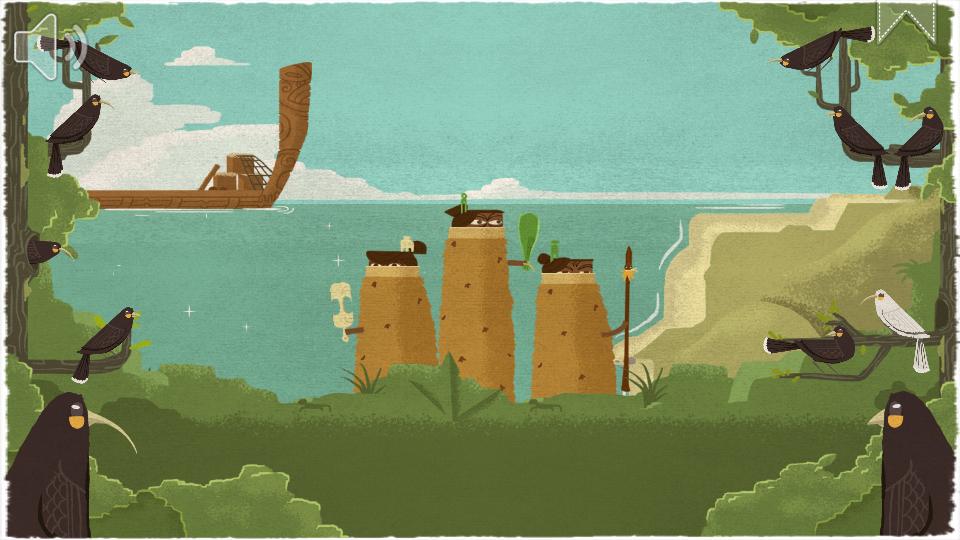 12 Huia Birds won backing from NZ On Air’s Digital Media Fund which allows Yoozoo to produce the book for free. Unlike many books that start in print and then are adapted to digital, this one is going the opposite direction, beginning digital with a print version in the future.

If you are interested in learning more about the production of 12 Huia Birds, visit their developer blog and download the book for free in the App Store, on Google Play, and in the Amazon Appstore.