While the established game genres and game mechanics may seem consistently pre-defined, it’s always fun to find a game that adds in some creative twists. Henry the Cloud is a well-grounded game from Dual Cortex Gaming that plays exceptionally well while keeping your head in the clouds.

As a friendly little cloud named Henry, your job is to navigate through obstacle-filled skies, seeing just how far you can travel, while gathering up coins and power-ups along the way. Helpful friends join you on your journey and you can unlock equipment and combine them to customize Henry and his friends.

Use swiping actions to power the wind, you can steer Henry up and down to avoid the obstacles. Keep your eyes out for mountain peaks, random pelicans, tree tops, and angry clouds, while looking ahead for what’s constantly coming next.

Henry the Cloud was released on September 21 and it climbed to the #15 spot in TouchArcade’s Hottest Games within 24 hours of release.

As Dual Cortex Gaming’s first game release, Henry the Cloud implements many of Corona’s features, from in-app purchases to Facebook to leaderboards. The lean three-person team is based in Amsterdam, Netherlands and is made up of brothers Nick and Brent van der Meulen, along with Xander Horjus.

Watch the podcast interview from back in April where Xander (Technical Engineer) and Nick (Art & Design) shared insights about their collaborative process and game design philosophy. 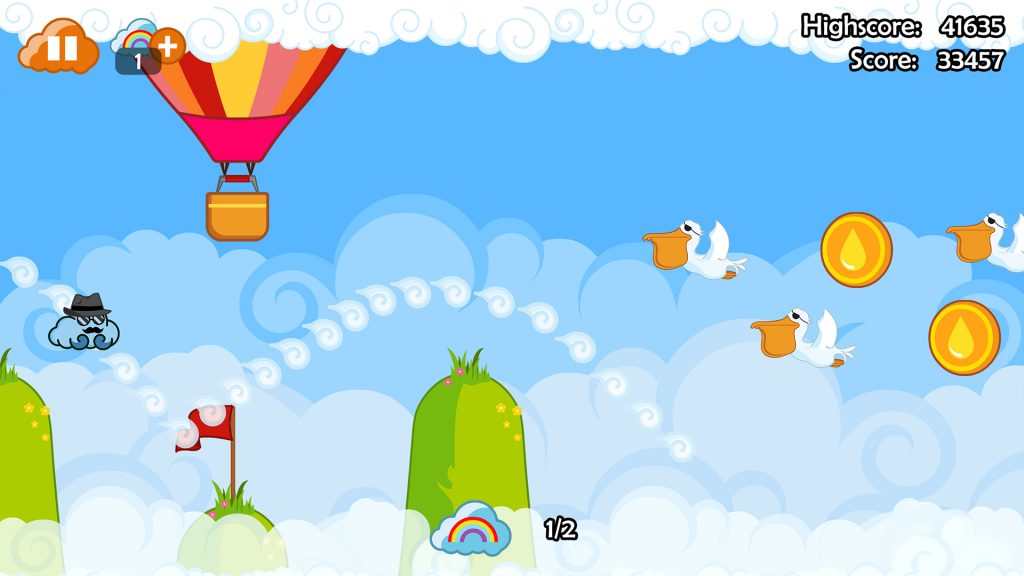 Henry the Cloud is available for free on the App Store, Google Play, and Amazon Appstore. Check out this amazing Corona-built game and drop by the Corona Forums to show your support to the team.