Sometimes making games just runs in the family. John Romero, internationally recognized for bringing us Wolfenstein 3D, DOOM, and other timeless first-person shooter games, has teamed up with his son Donovan to create Gunman Taco Truck, fully crafted using Corona SDK. Following in his father’s footsteps, Donovan came up with the idea for Gunman Taco Truck at the age of 9. After two years of family fun and some help from the Romero Games Ltd. team, Donovan has released his game into the wild.

“I’m really happy to see that people like my game, and that it’s on Steam. We worked hard on it and it’s finally out and doing good.” said Donovan. The game had thousands of downloads in its first four days.

In Gunman Taco Truck, the apocalypse has happened and you need to drive your taco truck across the wasteland of the United States to reach the safety of Winnipeg, Canada. Along the way, you must destroy mutants, pick up food and scrap metal, serve tacos to fellow survivors, make truck upgrades, and buy fuel to reach your next destination. 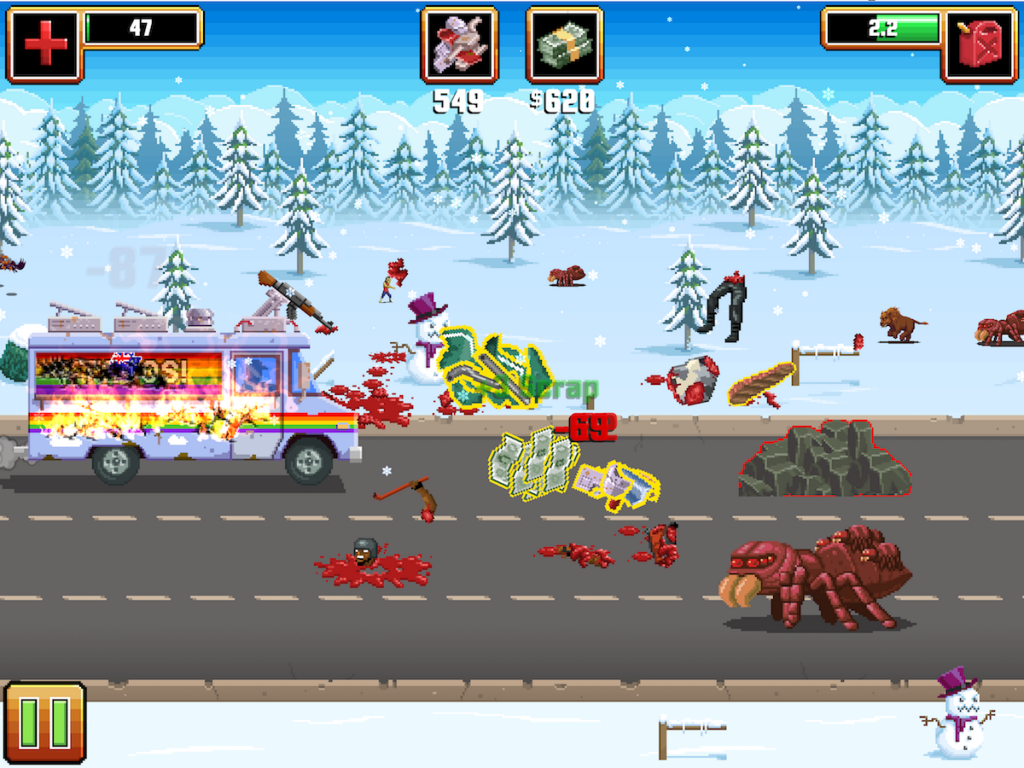 The game is currently available for free in the Apple App Store and on Google Play. It’s also available on Steam (Windows and macOS) for $11.99.

Join us in the Corona Forums to congratulate Donovan, John, and their entire family for giving the world an entertaining and challenging twist on the post-apocalyptic genre.