Two million downloads, plus another five to six thousand per day… let that sink in for a moment. This is the dream for many indie developers and, for one indie studio using Corona, it’s a reality. Sphere Game Studios, a small studio in the United Kingdom, has achieved extraordinary success with Designer City.

Designer City is a building game where you construct a city and its infrastructure. The game features over 600 buildings and dual play modes where you control the amount of management you have to apply. It has over 60 challenges, 250 achievements to complete, and 1,000 levels of progression. 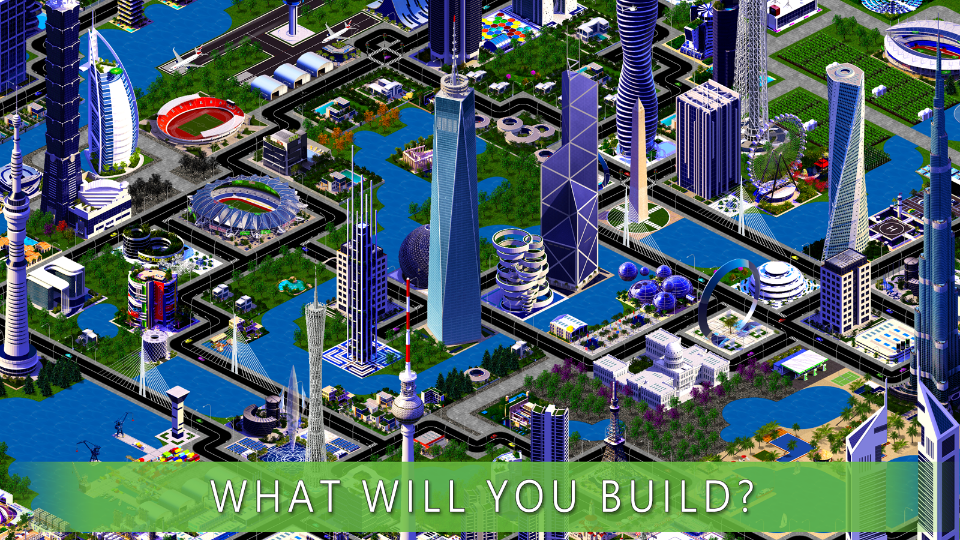 Game designer Adrian Mulhall came up with the idea after playing other city builder games and challenging friends to races like “first one to a million residents,” but he felt that most recent builder games lacked the luster of the original SimCity games. Finding Corona’s active developer community and great documentation, he set out on an eight month adventure, learning Corona and mobile development, prototyping, and testing. Since the initial release on Android, he’s taken the last 20 months listening to customer feedback, refining/extending the feature set of the game, and releasing monthly updates.

Designer City is available for free with in-app purchases on the Apple App Store, Google Play, and Amazon Appstore.