We have some important (and good) updates regarding the Android 64-bit requirements. 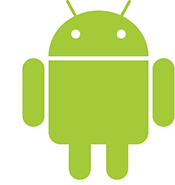 As you probably know, Google has been wanting developers to switch to 64-bit builds for some time. Converting Corona to Android 64-bit has been a major challenge for us given how our build system is constructed.

Several months ago, Google set a hard date of August 1, 2019 for all apps to be 64-bit capable. If you do the math, that’s not far away.  Today, Google granted Corona developers a break!

According to the latest update to their “Getting ready for 64-bit” document, Corona developers will not have to convert all of their existing 32-bit apps until August 2020.

What does this mean for you?

For existing apps in Google Play, this is a huge release of pressure on you as the deadline now only impacts new apps released after the deadline.

Where is Corona at development wise?

We have made really good progress on Android 64-bit builds. There is currently a hidden build of Corona that:

There are a couple of known bugs and our team is working relentlessly to knock them out. Some developers have had success updating their apps with it.

Some plugins from third-party developers still have 32-bit only code in their packages. We’ve reached out to them and they are working on updates, but how fast those updates happen is out of our control.

How can I get involved?

You can either visit our Android 64-bit testing forum or join our Commuity Slack and once in the system, join the #Android64 channel.

From either place you can access this hidden build, get instructions needed to start using it and have a targeted place to report issues.

If you readying a new app, you certainly should start testing with the 64-bit build. If you just need updates, you can stay with the latest published daily build for now, but with all the features in the 64-bit version, you will want to start taking advantage of them as soon as possible.