Guest piece: For the love of game development

Guest piece: For the love of game development

Paul Symons has worked as a Digital Marketer for 15 years and currently works as the head of digital for an agency. He recently took up app development as a hobby to continue his learning.

Paul’s recent release, Plasma Pig was awarded App of the Week by Corona Labs in June 2013. In his guest piece, Paul writes about the lessons he learned on generating a profit in a competitive market and on developing for the sheer enjoyment of making games. 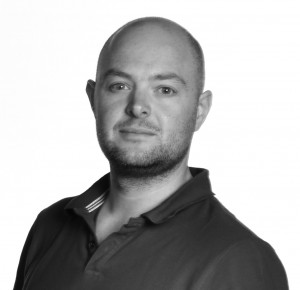 This is my stark and honest reflection of creating apps for iOS and Android. Please remember though, that I am not a company, just one guy, trying very, very hard to ‘make it’ in a massively crowded marketplace.

I’d like to start by talking about assumptions. What do I mean by that? Well, before I made Plasma Pig, I had made some much smaller games, mainly for kids. These games were a bit quick and dirty: Number Pop, Shave the Sheep and Magic Spell. I built all these games with Corona SDK, and the platform was, and continues to be, an absolute pleasure to work with. Through creating these apps, I learned a huge amount about Corona, the various app stores and the processes for getting a game published.

Image my surprise when these little games started getting 10-20 downloads a day… each! I thought to myself, “Ok, if I extrapolate that across a year, that’s over £5000 (at 69p per app!).” Not bad for a couple months of evening work! It’s amazing the motivation that earning money brings.

So, back to my assumptions. I assumed that:

Unfortunately, neither of those seeded true. I hear you shout: “But Paul, there are loads of review sites out there and that’s just the way to get your app seen and heard.”

Well, assumptions are a dangerous thing. Plasma Pig took me six months of hard work, based on the assumption that the time I invested would be justly rewarded by the general public. After launch, based on an assumption I thought ‘time to market this bad boy,’ I made a free version, reached out to every conceivable review site (not an easy task), spent several hundred dollars on Facebook mobile ads, and paid some ‘professional’ PR companies to do the same.

Well it appears I wasn’t deluded, and Plasma Pig *is* a good game as most review sites have a 5-star rating system and I never received lower than a 4-star review. Some review sites even made Plasma Pig “App of the Day” and Corona Labs was kind enough to make the game App of the Week. Plasma Pig even got into the local newspaper which has a readership of 250,000. Brill! So with all of that I must have seen an uplift in sales right? Nope! Nothing. Plasma Pig, while critically successful is still essentially unknown and selling roughly 4-5 downloads a day on the App Store and 2-3 a day on Google Play with no downloads on Amazon Appstore.

Why? Honestly I don’t know. Unfortunately, I have to come to conclusion that I simply do not have enough money to invest to make it successful. There are sites out there that guarantee you Top 25 in the App Store for $49,000 (yes, that’s what you’re up against) but it has taught me some VERY valuable lessons, that I really hope all Corona developers take on.

As for me, I still have high hopes for Plasma Pig, and I’ll keep fighting the good fight. I’m still pushing review sites, newspapers, friends and anyone else who will listen.

I’m also getting on with creating more games, and this time I fear I may need to try the in-app purchase route (not a method I’m 100% on-board with) to monetize my game.

The key here, is that while I’m still plugging away and intend to keep on creating with Corona SDK, I’m back to where I was at the beginning, developing games because I love it, not because I’m thinking of the ensuing riches.