If you haven’t played Egz, you’re in for a treat. This colorful game, built with Corona SDK, has a unique story, great art, and challenging gameplay.

In Egz, you play a primordial egg: the first life form in a chaotic new world. Your goal is to not “break” while exploring a wide, complex, forming world.

Egz was created by Lonely Woof’s Evans Randriamampianina (or Randria for short), an indie developer from Paris, France. It is Randria’s first game and it plays as a cross between a platformer and a mini-golf game. You control your egg by using a slingshot action to move through the scene, avoiding dangers and collecting pick-ups along the way.

Randria is an art director who worked for several digital agencies and had some ActionScript experience before he started Egz. He decided he wanted to pursue his childhood dream of creating his own video game, experiencing the entire development process from design to programming to art. 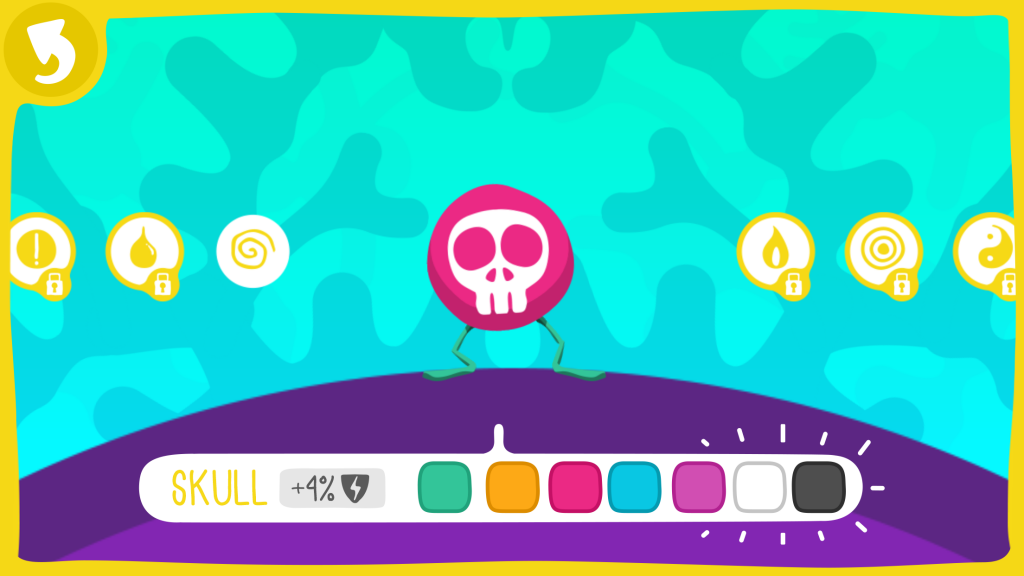 “Several mobile games inspired me: Cut the Rope, Tiny Wings, Angry Birds… mainly because those games were and still are the most famous mobile games. But they also offer something unique: they are quickly enjoyable, simple to play (only one touch is needed to have fun), and they don’t require players to spend too much time learning new gameplay mechanics.” Randria said.

Randria admits that he’s not a huge mobile gamer and that his playing experience comes from the console world. “I’ve grown up playing with the Nintendo NES, Sega Master System, Megadrive, Super Nintendo, PC… and there are several gameplay mechanics in Egz that actually come from classic games like Sonic The Hedgehog, Mario Bros., Donkey Kong Country, etc. I think that trying to merge those inspirations is what makes Egz unique,” he added.

Randria found Corona through one of his digital agencies. They needed a mobile ad game and, while researching engines, a video showed how rapid development with Corona can be. 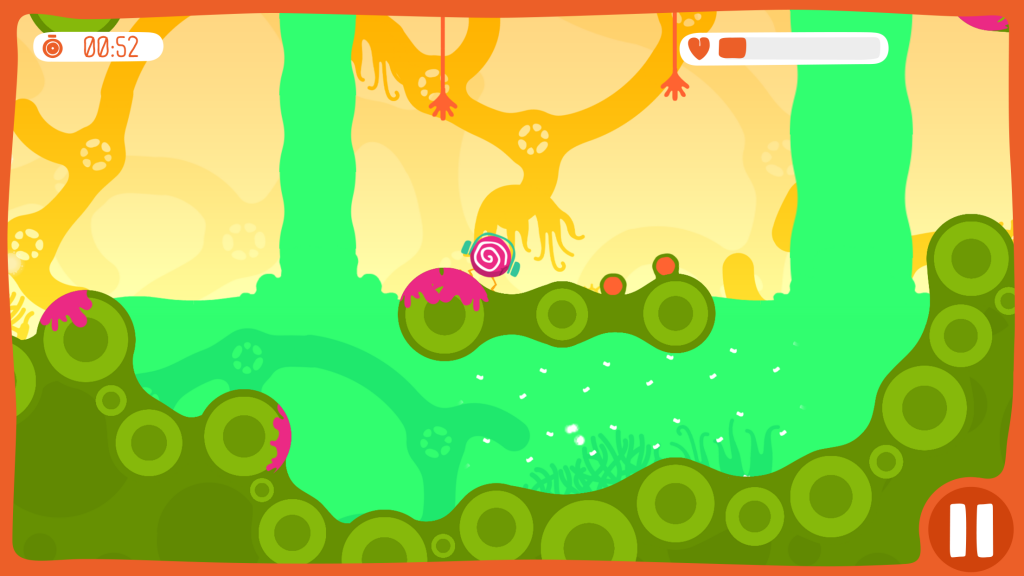 “Egz is a little bit [more] complex than it seems. There are several gameplay mechanics that I probably wouldn’t have been able to add if it wasn’t for Corona,” Randria said. “The first thing that comes to mind is Corona’s many libraries, and one of the most impressive libraries is the physics library. It’s insane how easy it is to create a simple ball, bouncing on walls. Within a few lines only! I remember trying to achieve the same thing in ActionScript and… well, just trying to include the Box2D API in my project gave me headaches. With Corona, you call it by literally writing one line!”

Having tried Flash, ActionScript, and Unity, Randria said “I believe that Corona SDK is the fastest way to get playable games. Especially if you’re working on your first mobile game. All those APIs included in the framework can help save a lot of time/money! And in the last couple of years, I’ve seen Corona getting bigger and bigger, evolving and offering more, but staying simple!”

As with many projects, he ran into “feature creep.” At 80 levels, 7 different worlds, cutscenes, boss levels, and mini-games, the game was quite a bit for him to take on for his first game. But Corona SDK helped Randria through.

Egz has been out for a month on iOS and Android. Randria has plans to port it to Amazon, Apple TV, Windows, and OS X. Previews of the app earned Egz a third-best upcoming app by SlideDB, and it won the Very Big Indie Pitch at Pocket Gamer Connects London.

Egz stands out among the crowd, but it wasn’t made by a big studio house. Building your app with Corona SDK will speed up your development and give you plenty of power to build something awesome. What can you create?