At the beginning of this year, I outlined new platforms as a major theme for 2015. And a few months later, at GDC, we announced bringing Mac App and Win32 App support to the Corona platform. Since then, we’ve been conducting private betas with a small group of Corona developers.

Today, we are opening up the Mac App and Win32 App betas to everyone in the Corona community!

We’ve done a lot of work to make the experience of building desktop apps as smooth as possible.

By default, you can build apps directly from Corona Simulator, just like you would for iOS or Android. No interaction with Xcode or Visual Studio is needed.

Transitioning from Mobile to Desktop

When you target your project to a new platform, we’ve done a lot of heavy lifting for you.

If your mobile project is fully functional in the Corona Simulator, then your project should easily port over as a desktop app.

There are inevitably going to be a few things you’ll want to do: testing, tweaks (e.g. window size, behavior, and title) in build.settings, etc.

Depending on your app design/project, you’ll also want to think about issues like:

For those of you interested in full control — accessing OS-specific features/services via native code, writing plugins, customizing things like menus, etc — you can create a truly native Xcode project (and coming later, a Visual Studio project) to fully customize your app via CoronaCards for OS X. 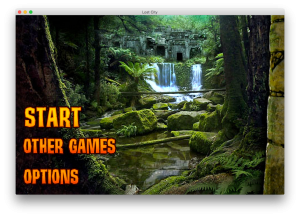 More detail about using Corona on desktop are available in our docs:

If you have more questions, please check out the forums: